Six hour work days could be the way forward 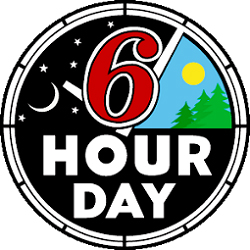 Here is something that might make Victorian work-house overlords turn in their graves. It comes as an innovation from Sweden, always one for challenging traditional boundaries, and involves the idea of companies moving to a six-hour working day, instead of the average eight hours to which we’re all so accustomed. Participating companies are looking to make this change in an attempt to increase productivity and efficiency, as well giving employees a much better balance between work and private life. So far (and remarkably), it seems to be working!

Although at first glance it seems a bit counter-intuitive, the aim is to get more done in a shorter amount of time. The idea is to get better quality work out of employees, rather than simply demanding a larger quantity of their time. This has the offshoot effect of making employees happier, as they have more free-time in their private lives. This logically should lead to less stress in the workforce, and therefore healthier employees.

At Vizual, we know that absenteeism can be a real problem in some companies; especially when it comes to accurately recording it so that the data can be anaylsed for genuine cases of illness and those who are, to coin a common phrase, “taking the mickey!” Presenteesism, which we’ve covered in a previous blog post here can also be a real problem resulting in financial losses. Taking steps to ensure happier, less stressed staff greatly decreases the chances of absenteeism and presenteeism. Sweden seems to have the right idea, taking a proactive approach to changing the status quo to find a better, more productive way of conducting business and maintaining more efficient workforces.

The six-hour work day has been introduced by Toyota Centres in Goethenburg, as well as by Filimundus; an app developer in the capital Stockholm. Both companies have reported lower turnover rate, happier staff and increased profits during that time. Linus Feldt of Filimundus had this to say about the new six-hour working day:

“The eight-hour work day is not as effective as one would think. To stay focused on a specific work task for eight hours is a huge challenge. In order to cope, we mix in things and pauses to make the work day more endurable. At the same time, we are having it hard to manage our private life outside of work.”

The company has disallowed access to social media, meetings are kept to a minimum and other distractions throughout the day are eliminated, in order to get quality, focussed work during the shortter six-hour period. So far, it seems to be working wonders!